And, please visit our workshops and exercise and fitness demonstrations to be offered throughout the day!

Kristin McGee's experience with fitness dates back to 1997, when she became a yoga, Pilates and fitness teacher an New York's Crunch gym. Since then, the NYU graduate has served as a yoga and Pilates instructor at Clay Spa, Reebock Sports Club/Sports Club LA, Equinox and other health and fitness clubs. Kristin's professional accomplishments have expanded well beyond the gym. She served as host and choreographer for MTV's yoga and Pilates DVD's, and has also appeared on FOX 5 Good Day New York, the Jay Leno Show, and has modeled for advertisements for Lady's Footlocker and Budweiser. She has worked as a contributing editor, consultant and/or model for a variety of magazines, including Women's Health, Shape, Fitness, Self, Pilates Style and Fit Yoga. She is currently an Elite Fitness Instructor for PUSH.TV, and provides private instruction to select celebrity clientele including actors Steve Martin and Jeff Goldblum, country singer LeAnn Rimes and MTV's Quddus. Kristin also teaches yoga and Pilates to preteens and teens in and around New York City.

Most recently, Kristin finished production on her own DVD series, which includes Kristin McGee's Power Yoga and Kristin McGee's Bendigirl Yoga, the first ever yoga program designed specifically for preteens and teens. For more information on Kristin, please visit her website at: www.kristinmcgee.com.

Does Atkins really work? Can Pilates actually give you long, lean muscles no bulk? Is it possible to burn extra calories 24/7, even as you sleep?

Given America's skyrocketing obesity rates (64% of us are classified as overweight or obese), and the increasing demand for weight-loss products, it pays to be skeptical and uncover the real facts. In her seminar, Liz Neporent discusses some common misconceptions and myths about diets, weight-loss surgery, fat-burning exercises and more.

Exercise physiologist, personal trainer and fitness consultant Liz Neporent makes frequent appearances on CNN, The Today Show and Food TV Network, and her articles have been featured in The New York Daily News, The New York Times, Shape, Fitness, Prevention, New York Newsday and many other national publications. She holds a master's degree in exercise physiology and is certified by the American Council on Exercise, the American College of Sports Medicine, and the National Strength and Conditioning Association. Neporent is co-author of Fitness for Dummies, Weight Training for Dummies, Buns of Steel, and author of Fitness Walking for Dummies, The Ultimate Body: 10 Perfect Workouts for Women and The Fat-Free Truth.

Bone up on Osteoporosis

Craig N. Moss, MD, is director of Medical Associates of the Hudson Valley, P.C., and is Board Certified in Internal and Geriatric Medicine. He is a graduate of New York Medical College, and did his Geriatric Fellowship at UCLA. He has continued his education at Harvard Medical School, Georgetown University School of Medicine and Columbia-Presbyterian Medical Center. Dr. Moss specializes in primary care of adults and problems of aging. He lectures on topics of aging including osteoporosis, male menopause and normal aging.

The Right to Fight: A Woman's Struggle in the Middle East and Beyond
Dr Katrin Michael
10:30 a.m. 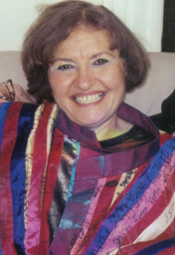 Dr. Katrin Michael is a Chaldean, a Christian, from Northern Iraq who has battled for human rights since she was thrown in an Iraqi prison at 13. After the Baath Regime killed her father for his peaceful resistance movement she joined the political arm of the Peshmergahs. In 1987 Saddam's forces dropped mustard gas on her camp in the Kurdish region. Scarred and temporarily blinded she recovered to lead thousands of starving survivors across the border into a refugee camp. Under constant death threats from Islamic radicals, she became the first person to escape the camp, sneaking out the documentation and pictures of the Baath party's brutality.

Upon making it to the United States in 1997, she addressed Congress and the White House on women's rights in the Middle East. Dr. Katrin Michael speaks 8 languages and counts as her friends Muslims, Christians and Jews.

A Fascinating Journey... Stephen Harris is a thirty-nine year old Welsh ex-rocker, with an extraordinary history of dyslexia and perseverance. Can an individual really jump from an erratic and exotic lifestyle to a more conservative, goal-oriented career in mid-stream? This is truly a story not to be missed. It gives hope to all those dedicated dreamers.

Currently, Harris attends Columbia University in New York City with valiant hopes of continuing his education in medicine. He, ultimately, wants to practice in a hospital in the industrial town in Wales where he grew up. This transformation developed after years of being a guitarist for such groups as The Cult and Guns N' Roses with the inherently high-risk behavior associated with the rock and celebrity environment.

Several years ago, after years of struggling, Harris was finally diagnosed with dyslexia (an inherited condition that makes it difficult to read, write and spell). Join us to hear the story of how one man decided to follow a different path, his startling discovery regarding his learning disability and, his strong determination to succeed by helping others. 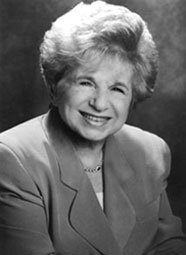 America's best-known sex and relationship expert shows how to add pizzazz to any relationship. She is a four-foot-seven dynamo who answers the most difficult questions with disarming candor and heartening warmth. For two decades, she has been the most recognizable and influential sex expert. She gives tips, anecdotes and advice for connecting with the one you love.

Dr. Ruth has written 31 books, most recently Dr. Ruth's Sex after Fifty: Revving Up the Romance, Passion and Excitement which she coauthored with Pierre A Lehu. Some of her other books include 52 Lessons on Communicating Love, Romance for Dummies, The Art of Arousal, Rekindling Romance for Dummies, Sex for Dummies, Heavenly Sex, Dr. Ruth Talks to Kids, and The Value of Family.
She is a well know TV personality spreading sexual literacy with her television shows: Sexually Speaking, The Dr. Ruth Show, The all New Dr. Ruth Show, What's up, Dr. Ruth, You're on the Air with Dr. Ruth and Never Too Late. She also has a worldwide advice column: Ask Dr. Ruth.

Dr. Westheimer holds academic positions at many prestigious universities including NYU, Yale University, and Princeton University. She is a fellow of the New York Academy of Medicine. She is a mother, grandmother, has a private practice and is a much sought after lecturer.